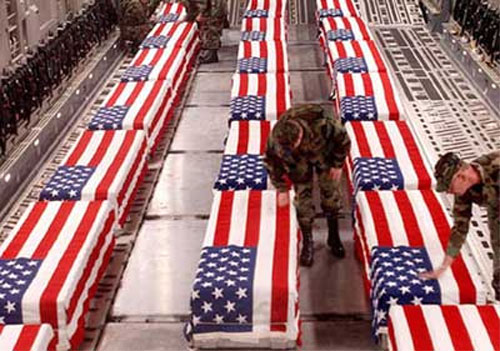 Iraq is in a civil war. 3,200 US military dead. 2 million displaced Iraqis. Hundreds of thousands of dead Iraqis and many thousands more are "missing." Why? There never were any WMD, as the UN weapons inspectors told us before Bush rushed into his "war." The Iraqis have no freedom and their living conditions are far worse than before we invaded. Our military is broken and service members are returning mentally and physically broken and ignored and abused by this maladministration. Makes you wanna holler.