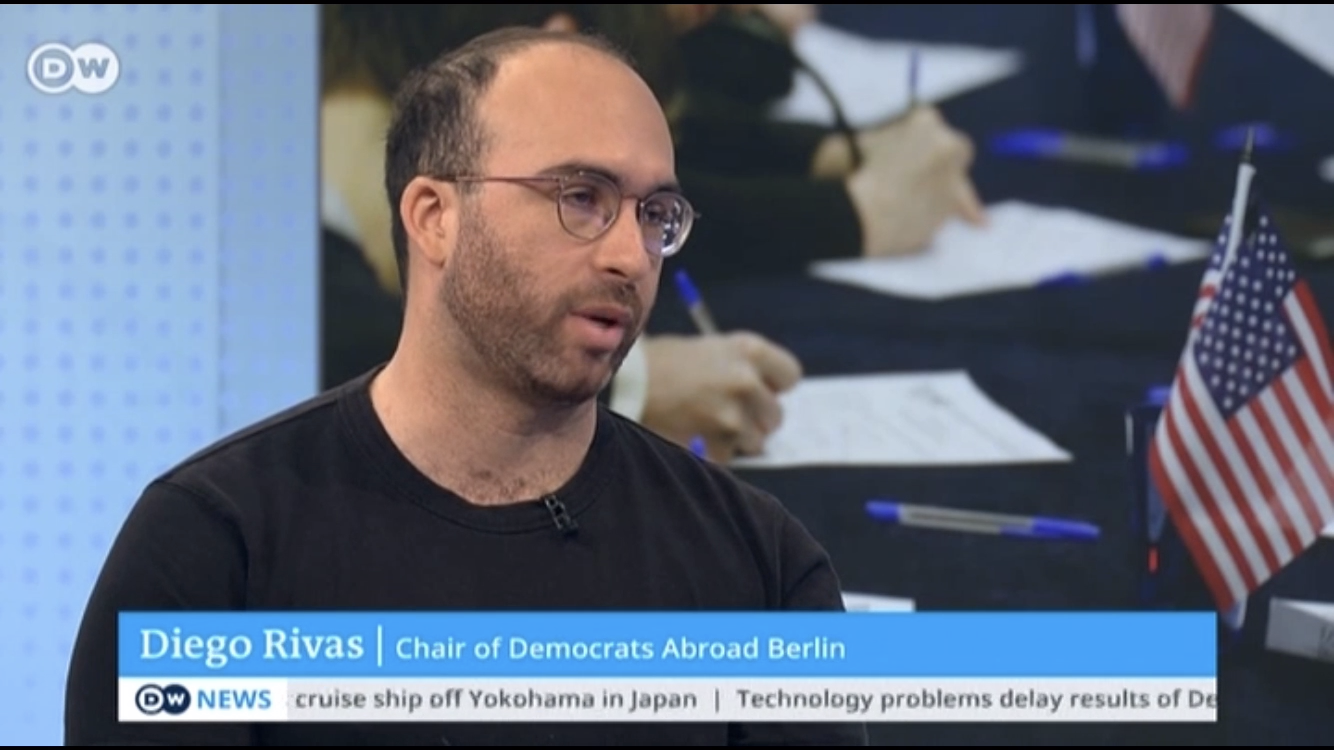 On February 4, 2020, the day after the Iowa caucuses, Deutsche Welle asked Berlin chapter chair Diego Rivas to comment on the primaries. He first appeared at 11am on Deutsche Welle’s News program with Sarah Kelly to speak about the 2020 Iowa Democratic caucuses. He did an excellent job explaining how Democrats in Iowa are making sure the caucus counts are accurate, and the importance of Americans abroad voting in the Global Presidential Primary in Berlin!

(All clips courtesy of DW News)

Later that day, he was asked to return to the Deutsche Welle studio for an 8pm segment on Deutsche Welle’s Der Tag with Tina Gerhäusser to discuss the impact of Iowa’s caucuses and the issues surrounding the vote tallying (in German).

Then, at 9pm Diego Rivas spoke on Deutsche Welle’s The Day with Brent Goff to round out the day’s interview’s