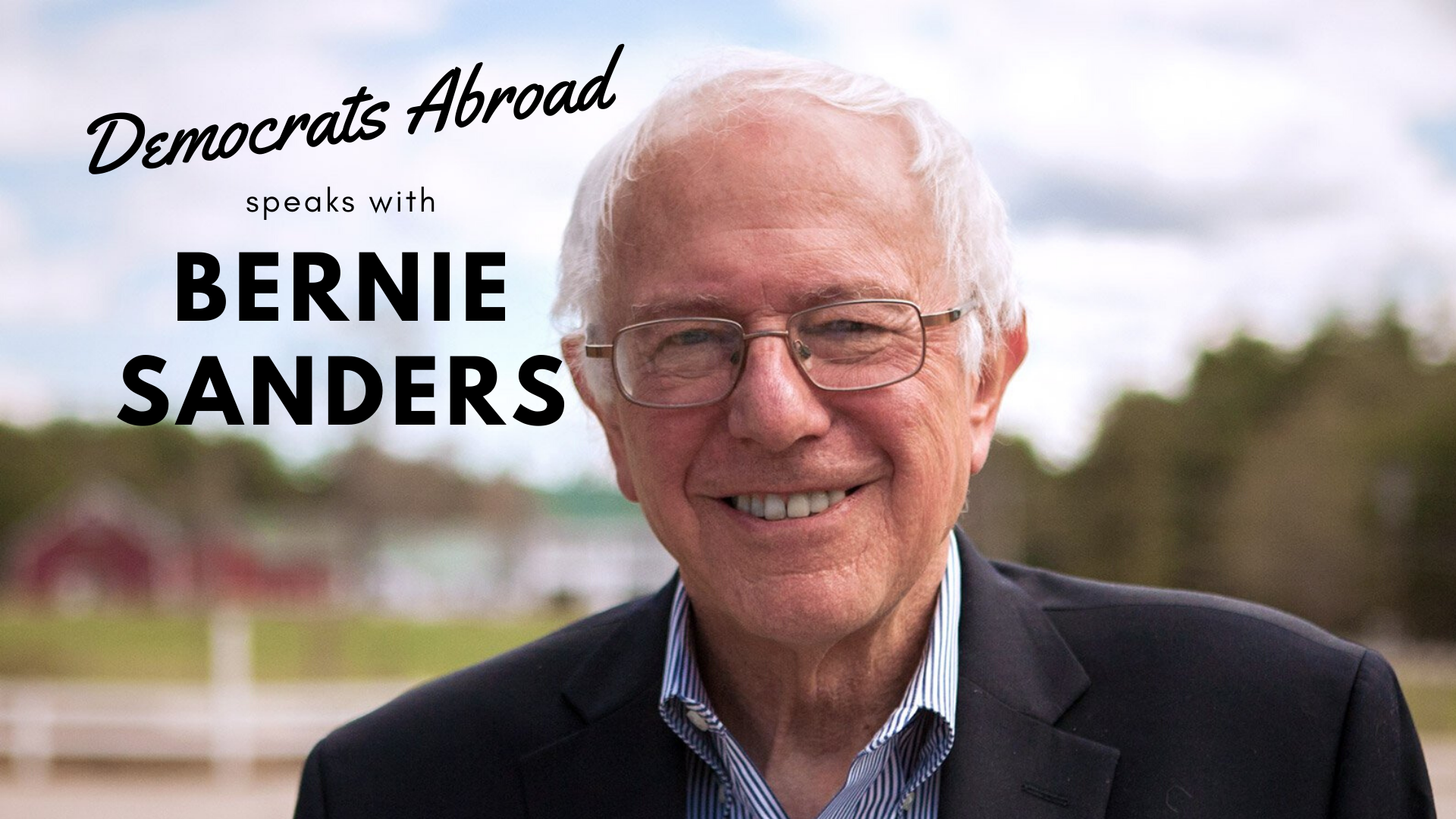 Join Democrats Abroad as we talk with Bernie Sanders about his Presidential campaign and hear from him about issues important to Americans abroad.

Senator Bernie Sanders was elected to the U.S. Senate after 16 years as Vermont’s congressman in the House of Representatives. He is now serving his third term in the Senate after winning re-election in 2018 with 67 percent of the vote. He first ran for President in 2016, and together with millions of people, started a political revolution.

In Congress, Bernie has fought tirelessly for working families and marginalized communities, focusing on the shrinking middle class and growing gap between the rich and everyone else. Bernie has been called a “practical and successful legislator” and was dubbed the “amendment king” in the House of Representatives for passing more amendments than any other Congressperson. As chairman of the Senate Committee on Veterans’ Affairs, Bernie worked across the aisle to “bridge Washington’s toxic partisan divide and cut one of the most significant deals in years.

Born in Brooklyn, New York, he attended James Madison High School, Brooklyn College, and the University of Chicago. Bernie’s political life began at the University of Chicago where he was a leader in the fight against discrimination in housing and education. In 1981, he was elected mayor of Burlington, the state’s largest city, by a mere 10 votes. He still lives in Burlington with his wife Jane. He has four children and seven grandchildren.