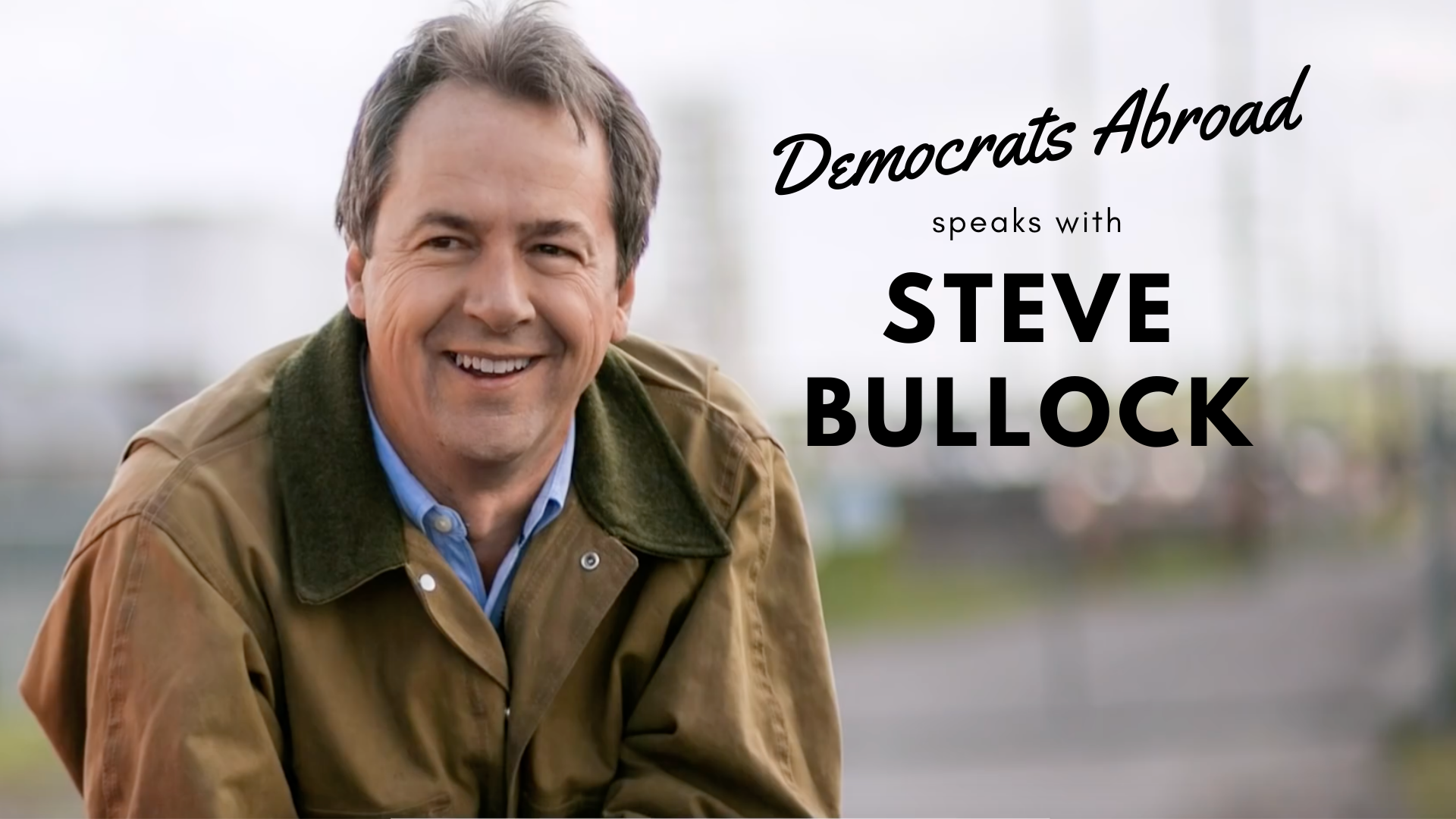 Join Democrats Abroad as we talk with Governor Steve Bullock about his Presidential campaign and hear from him about issues important to Americans abroad.

Steve Bullock is the two-term Governor and former Attorney General of Montana. He is the only Democrat running for President who has won a Trump state.

He has bridged political divides to win elections and advance a progressive agenda. Working with a nearly 60% Republican legislature, Bullock expanded Medicaid to nearly 100,000 people, froze college tuition, and made significant investments in public education. Bullock is the only candidate who has fought back against the toxic influence of money in politics and won—passing the strongest campaign disclosure law in the country and banning foreign money his state’s elections.

Raised in a single parent household, Bullock has dedicated his career to ensure everyone has a fair shot at success. Before serving in public office, he represented workers as a labor lawyer and led a successful citizens initiative to raise the minimum wage.

Bullock is a Montana native. He and his wife Lisa live in his hometown, where they are raising their three children, Caroline, Alex, and Cam.