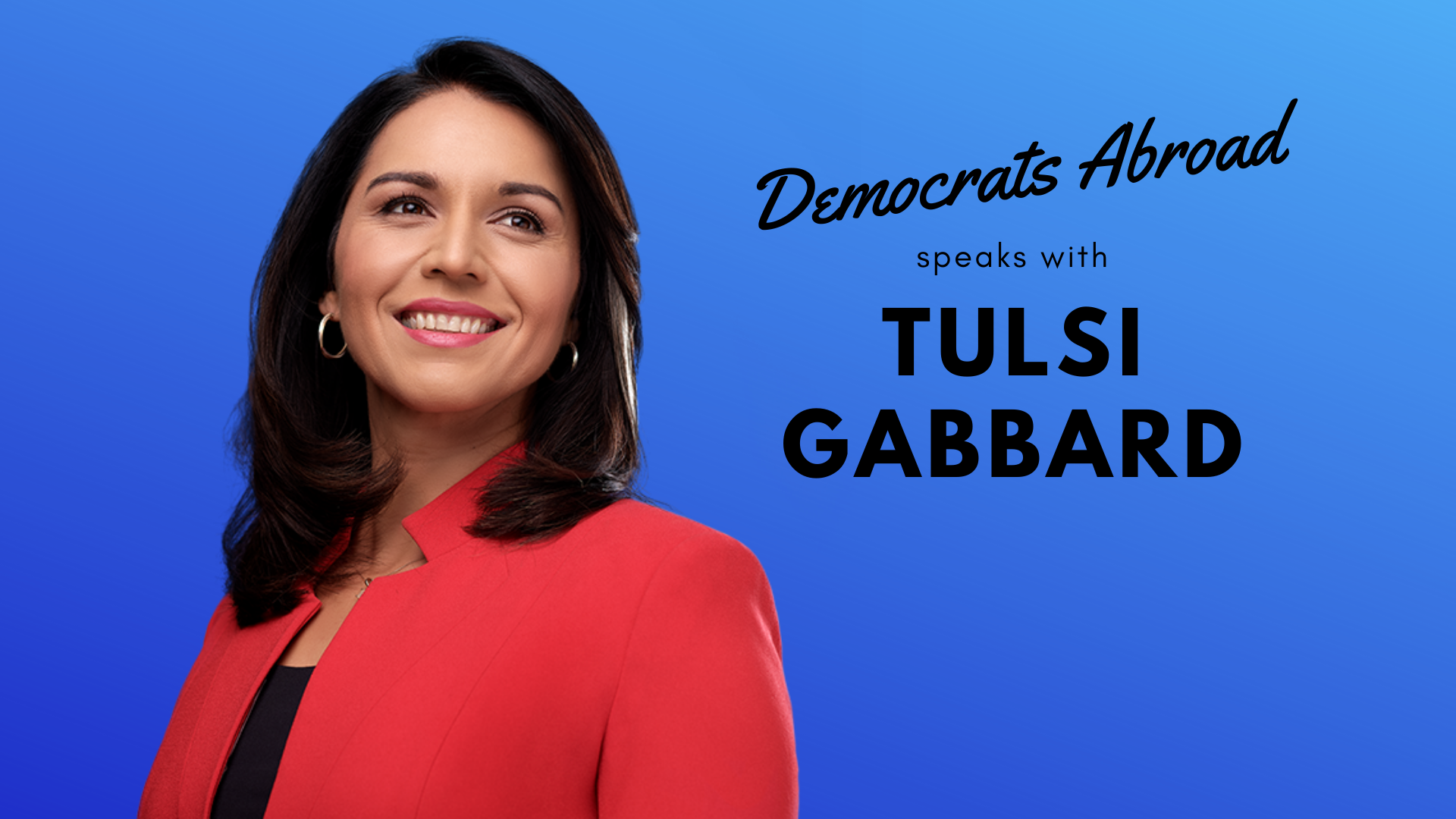 Join Democrats Abroad as we talk with Representative Tulsi Gabbard about her Presidential campaign and hear from her about issues important to Americans abroad.

Where: Zoom call (RSVP below for the link)
Note: this is an online call, so you will need an internet connection in order to attend.

Congresswoman Tulsi Gabbard is the first female combat veteran to ever run for U.S. president and, along with Tammy Duckworth, one of the first two female combat veterans elected to Congress. Currently a major in the Army National Guard, she has been serving as a Soldier for over 16 years and deployed twice to the Middle East.

Tulsi is a Democrat and was first elected to Congress in 2012. She has been serving there for more than 6 years, including on the Homeland Security, Foreign Affairs, and Armed Services Committees.

Tulsi was Vice Chair of the Democratic National Committee from 2013 until she resigned in 2016 to endorse Bernie Sanders in his bid for President.

Tulsi’s campaign for president is powered completely by people. She does not accept campaign contributions from corporations, lobbyists, or any political action committees.

Tulsi was born a US citizen on April 12, 1981 in American Samoa. When she was two years old, her family moved to Hawaii, where she grew up. As is typical of many residents of Hawaii, she is of mixed ethnicity, including Asian, Polynesian, and Caucasian descent.