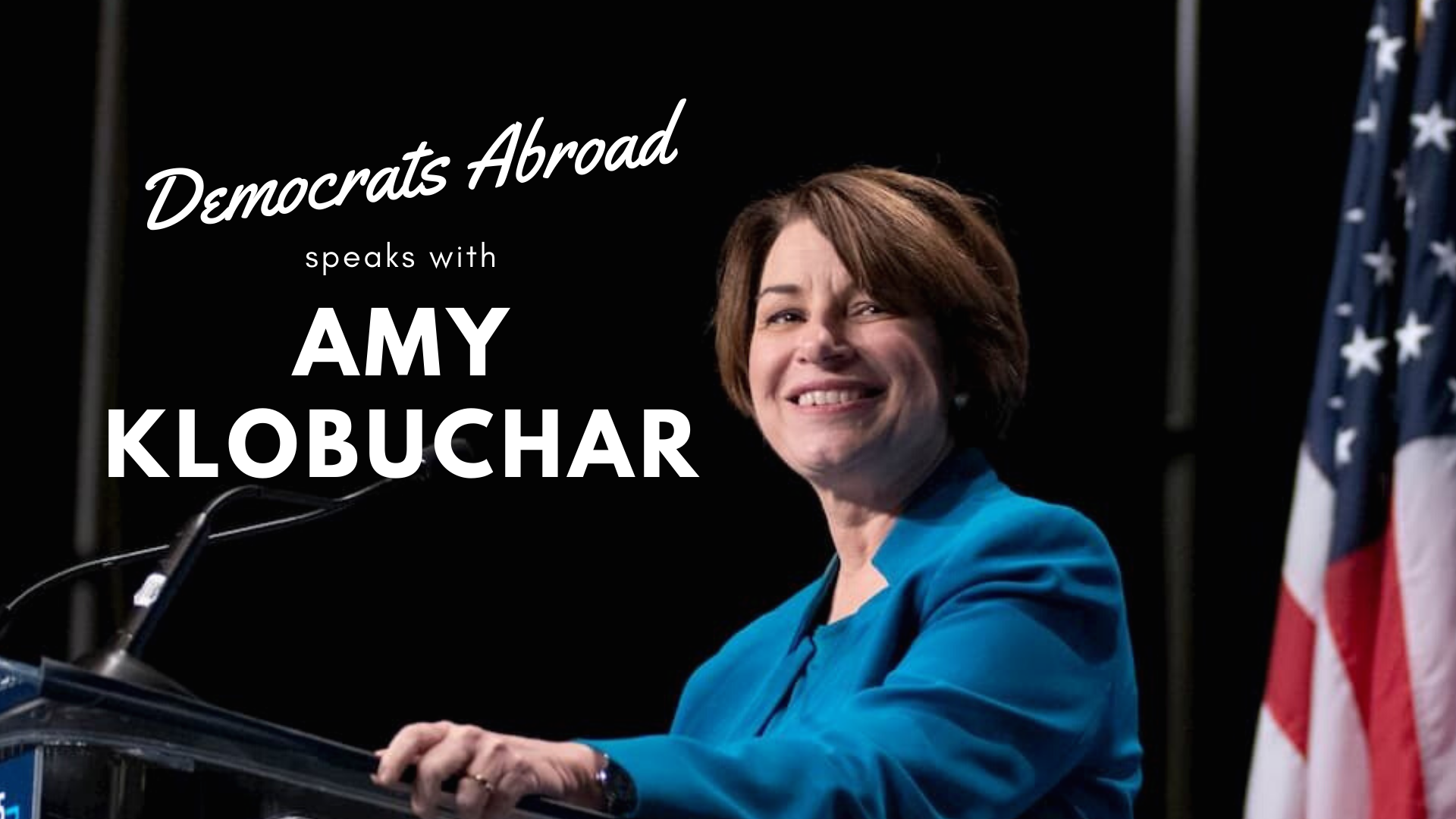 Join Democrats Abroad as we talk with Senator Amy Klobuchar about her Presidential campaign and hear from her about issues important to Americans abroad.

Where: Zoom call (RSVP below for the link)
Note: this is an online call, so you will need an internet connection in order to attend.

Senator Amy Klobuchar has always been guided by the values she learned growing up in Minnesota. Her grandpa worked 1,500 feet underground in the iron ore mines of northern Minnesota. Her dad, Jim, was a newspaperman and her mom, Rose, was an elementary school teacher who taught second grade until she was 70.

Her daughter, Abigail, was sick when she was born. Even though Abigail was in intensive care, because of insurance rules, Senator Klobuchar was discharged from the hospital after just 24 hours. She took that experience and became the leading advocate for the successful passage of one of the first laws in the country guaranteeing 48-hour hospital stays for moms and their babies.

She served as the Hennepin County Attorney for eight years and in 2006 became the first woman elected to the U.S. Senate in Minnesota’s history. In the Senate, she has worked hard to get things done, passing more than 100 bills that have made a difference in people’s lives.

Senator Klobuchar is known for taking on big interests to bring down everyday costs for families and protect consumers. She is working to deliver economic justice to Americans — focusing on housing, childcare, retirement security and education — as well as fighting to protect voting rights. And as part of her campaign, she has already released a plan outlining more than 100 concrete steps she will take in her first 100 days as President to take on the biggest challenges we face, including health care, shared economic prosperity, climate change and restoring America’s standing in the world.