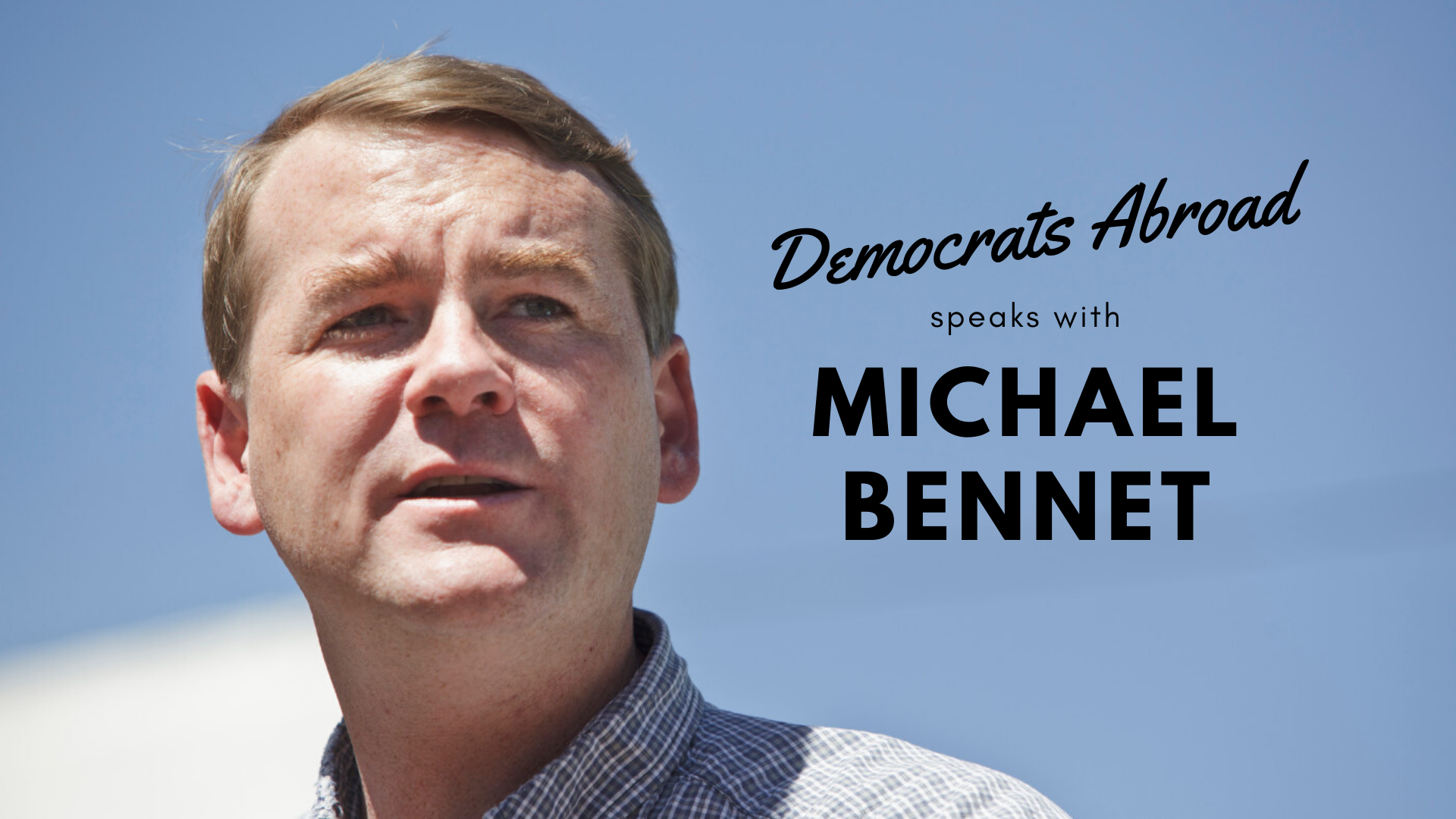 Join Democrats Abroad as we talk with Michael Bennet about his Presidential campaign and hear from him about issues important to Americans abroad.

Michael is running for president to build opportunity for every American and restore integrity to our government.

Michael represents the State of Colorado in the Senate, but he has not spent a lifetime in politics. He turned around failing businesses in the private sector and improved outcomes for kids as superintendent of the Denver Public Schools.

Michael has more experience winning tough races than anyone else running for president. He won elections in 2010 and 2016—both difficult cycles for Democrats—in a state in the middle of the country that is a third Republican, a third Independent, and a third Democratic.

He lives in Denver with his wife, Susan Daggett, and their three daughters: Caroline, Halina, and Anne.