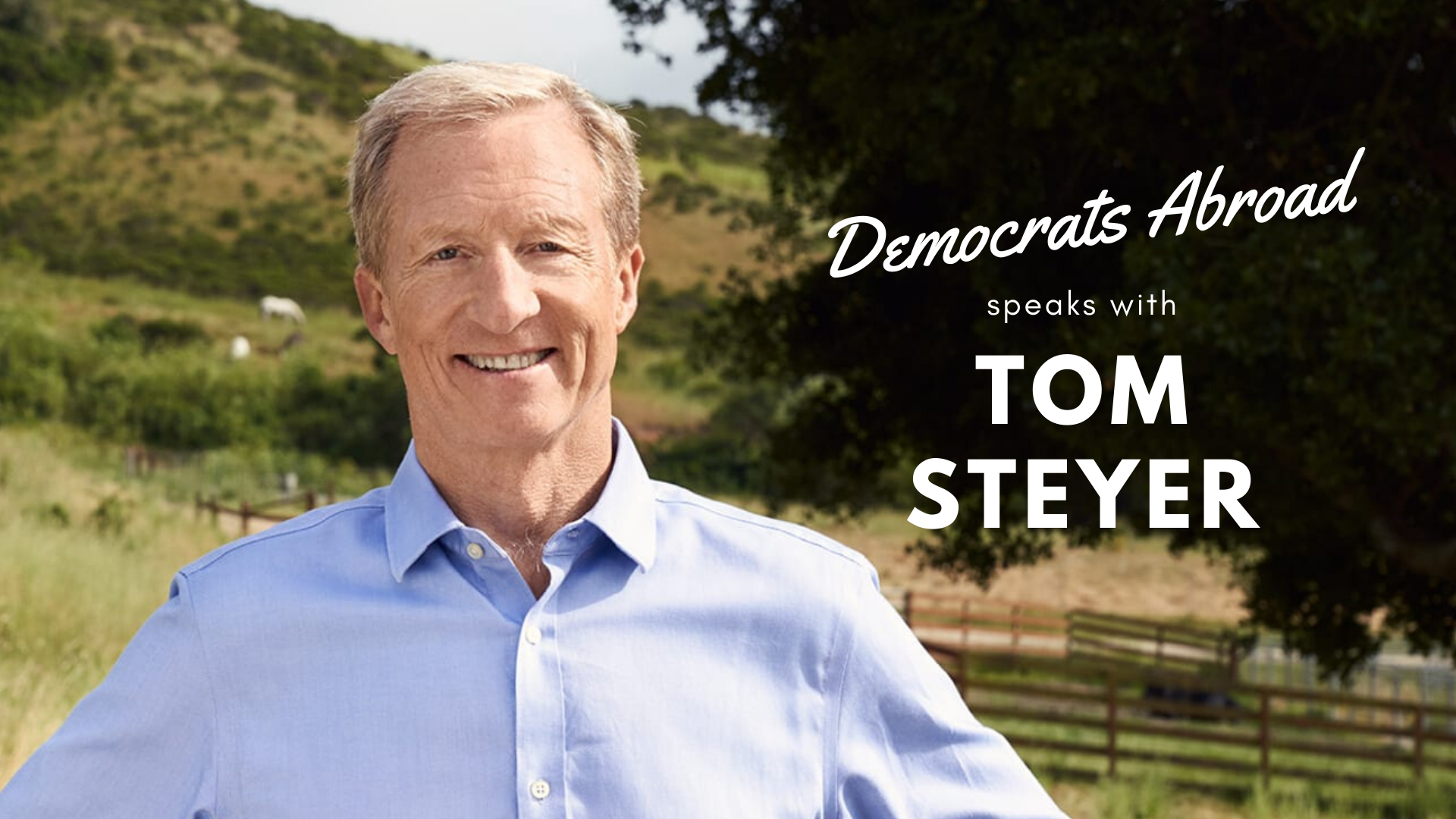 Join Democrats Abroad as we talk with Tom Steyer about his Presidential campaign and hear from him about issues important to Americans abroad.

When: Monday, December 16, 2019, at 9am Eastern Time (15:00 Central European Time)
Where: Zoom call (This is an online call, so you will need an internet connection in order to attend.)

Tom, a self-made billionaire, and his wife, Kathryn Taylor, known as “Kat,” were among the first to sign the Giving Pledge — a commitment to give away the bulk of their personal fortune during their lifetimes.

In 2013, he founded NextGen America, a nonprofit group that combats climate change, promotes social justice and increases participation in our democracy through voter registration and grassroots organizing. In 2017, Tom became the first major Democrat to rally millions of Americans with a public call to impeach Donald Trump. Then in the recent midterms, Tom led the nation’s largest voter-turnout effort.

Across the country and in his home state of California, Tom has shown that going directly to the people and raising their voices is the way to beat entrenched corporate interests and win. He helped beat big oil to protect California’s landmark clean-air laws and he followed that up with wins for clean energy in Michigan and Nevada.

“We need the broadest democracy possible,” Tom says, “to take back our government from the corporations that now control it and have stolen the rights of everyday Americans.” Tom has laid out his vision for putting the people in charge of our democracy with the Five Rights, a “21st century bill of rights” that every American must have.

Tom grew up in New York City, the youngest of three brothers. His father, Roy, interrupted his law career to join the Navy and serve on the legal team that prosecuted Nazi war criminals at Nuremberg. His mother, Marnie, was a journalist and teacher who taught in the city schools and volunteered to tutor prisoners in a large city jail. Tom’s parents taught him that action always speaks louder than words. Tom is 62. He and Kat have four grown children. San Francisco has been their home since 1986.