We will be joined via video conference by Stephanie Cutter, Deputy Campaign Manager of the Obama campaign, who will give us an insider’s look at the state of play and the issues on which the campaign is focused.

All events start at 7:30 p.m. RSVP required.
Minimum suggested donation to attend event: $25
Register for your local event at Germany4Obama.com.

The sponsors of the Fundraising Cocktail Party for Barack Obama in Berlin are:
Jessica Andrade
Michael Steltzer

We have also received the following additional information about the above event from Jim Black, the head of Germany4Obama.  James Black is the head of this fundraising organization in Germany and Austria.  He writes:

“I wanted to pass on the great news that the special guest who will join us by video conference at the National Cocktail Party is Stephanie Cutter. Stephanie is Deputy Campaign Manager of the Obama campaign and has around 20 years of high-level experience in Democratic politics and policy. Her bio is as follows:

Stephanie serves as deputy campaign manager for President Barack Obama’s 2012 reelection campaign.  She worked for Bill Clinton as Deputy Communications Director at the White House during his administration and as Associate Administrator for Communications at the U.S. Environmental Protection Agency. She also served as Communications Director for Senator Edward M. Kennedy and in July 2003 was named Communications Director for the Democratic National Committee. In November 2003, she was named communications director for the John Kerry campaign. In June 2008, she was appointed as chief of staff to the First Lady for the 2008 Presidential general election campaign. She served as the Chief Spokesperson for the Obama-Biden Transition Project. In 2010, she was named Assistant to the President for Special Projects, charged with managing the communications and outreach strategy for the Patient Protection and Affordable Care Act. In 2011, she was named Deputy Senior Advisor to President Barack Obama. Stephanie currently serves as one of National Journal magazine’s 100 “political insiders” surveyed weekly on important political and public policy issues and was named one of the 50 most influential people in Washington by GQ magazine.  She appears regularly as a Democratic strategist on CNN, MSNBC, Bloomberg TV and Fox News Channel.

Stephanie will speak to us about the current state of play in the campaign, important political and polling trends, and key issues that the campaign is focused on.  Participants at the National Cocktail Party will also have the chance to submit questions ahead of time, and Stephanie will try to address 2-3 of the questions at the end of her presentation.  I will contact all people who have registered for the event early next week to solicit questions.

An updated invitation is attached.  Please forward this email to your contacts and encourage them to join us for the party, as it should be a very interesting event and a unique opportunity for Americans abroad to gain an insider’s perspective on the campaign. 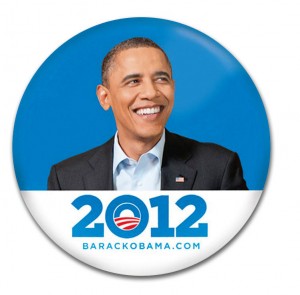