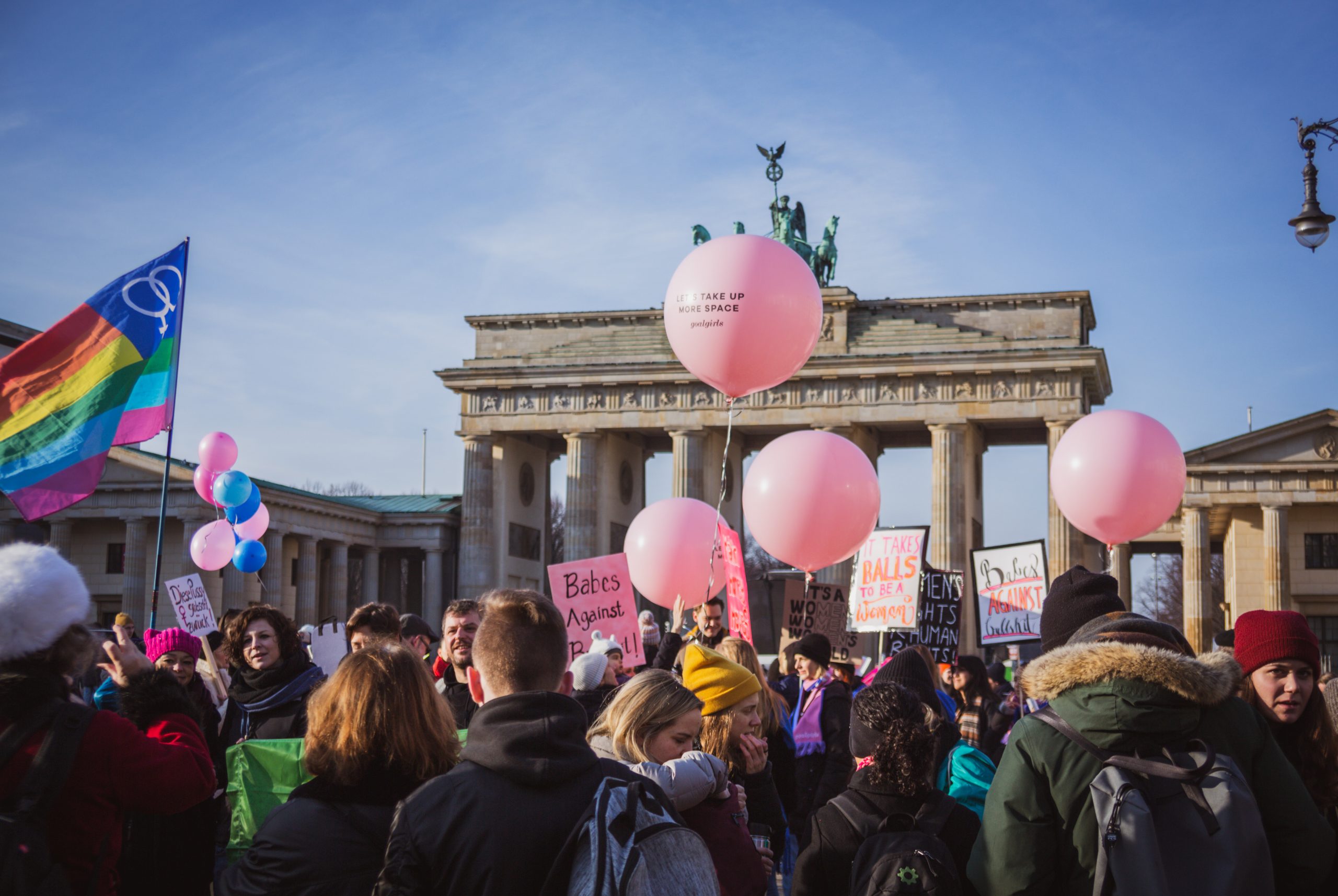 Over the last three years, we’ve been astounded and grateful for all the individuals and groups who marched, organized, and become a part of this worldwide movement of women building political power.

In 2017, seeing the interest that the planned Women’s Marches around the world were generating and the desire in Berlin from our members and the greater community, two Democrats Abroad Berlin activists decided to take on the task of organizing the inaugural Women’s March in Berlin. The march, triggered by women’s anger at the recent election of Donald Trump resonated throughout the world.

In 2018 and 2019, we continued to take the lead on organizing the March, but began to build the march to be about more than just U.S. politics. As Americans abroad and members of the international community, we wanted to represent women from around the world. We reached out to other feminist and progressive groups to participate and speak at the march. This included feminists Anne Wizorek and Edna Bonhomme, representatives from 218 & 219a wegstreiken, Bündnis für sexuelle Selbstbestimmung, EU Women, Fem4Scholar, Frauenstreik, “GABRIELA” Philippines – Germany Chapter, Ruman Project, TransInterQueer e.V., Women in Exile, and many others to make the event more international, intersectional, and inclusive.

In August 2019, we shared with the other groups that we would be stepping back from coordinating the demonstration, for both personal and organizational reasons. We want the Women’s March Berlin to continue to be international and open to everyone. Because this event is bigger than the political situation in the U.S., we feel it is important for the Berlin chapter of Democrats Abroad Germany to not be the lead organizer any more.

We are currently looking for individuals or a group to take the lead for this event. The good news: There are already individuals that have contacted us with interest in providing volunteer support, so you would not be alone. If you would be willing to take on this role, please email berlin@democratsabroad.de. We will be happy to put you in touch with the other interested volunteers and provide some initial assistance in how we went about this event in the past.

See you in the streets!